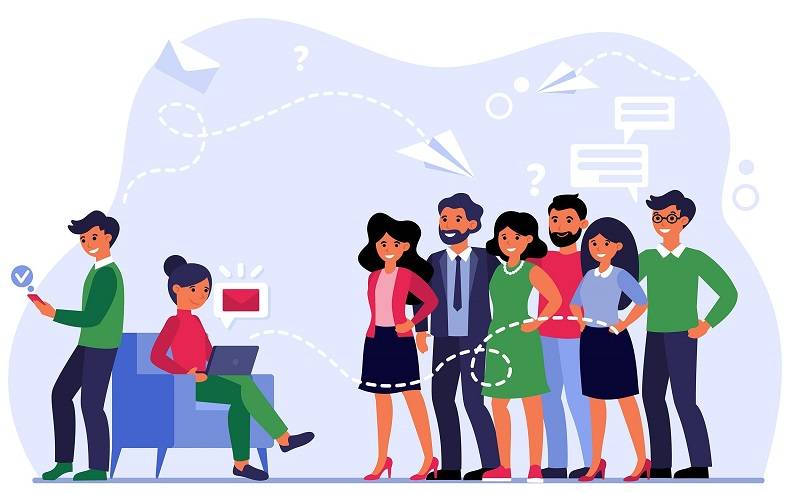 Businesses are quickly discovering the importance of transparency when it comes to finding ways to improve customer satisfaction. It’s easy to work with people who are transparent because we know what they are doing and we know why they are doing it. No hidden agendas, no secrets, no potential backstabbing. In fact, to build a real relationship, there must be transparency between individuals.

Why Positive Transparency Matters in Business

Social media and online review websites have allowed us to control the release of information about ourselves and our experiences. We can manipulate our feeds and images to show us in the best possible light, and many companies follow that line. While it is true that showing the best features and the best reviews fall into a realm of transparency, showing a carefully cultivated image often rings false with consumers – they know when things are off.

This is partly because companies can’t control every message out there. They can control what they release, but they can’t control the reviews, the posts, or the social media conversations taking place off their own social media accounts. Additionally, trying to keep secrets within a company is a dangerous business.

We don’t like companies who try to keep things under wraps – and we revel when those secrets explode across the news and social media. It makes sense when you realize that for every customer complaint, there are 26 other unhappy customers who have remained silent, according to Lee Resource. Many companies are realizing the key needed to improve customer satisfaction is fully honest transparency. Customer feedback importance is not to be underestimated.

The Business of Trust

Business transparency ultimately boils down to trust. Sharing both the positives and negatives makes companies vulnerable. Many companies have been the subject of brutal social media campaigns when things go wrong.

Samsung is still working to rebuild its reputation after the company’s Note 7 phones began catching fire. A company that designed cutting edge technology apparently couldn’t understand what was causing the fires. It offered one solution that actually exacerbated the problem instead of resolving it. When the Samsung Galaxy Note 7 first appeared, reviewers were impressed and highly recommended it. It was found to be one of the best phones of the year by CNET and special features included an excellent camera, an advanced screen, and a nice big battery.

Everyone was shocked when the first reports appeared that those beautiful new phones with their beautiful new batteries were actually bursting into flames. After the initial reports of fire, Samsung announced a complete recall of Galaxy Note 7s in the United States, Canada, Europe, and Asia. Just a few weeks later, the recall appeared to be working – old Note 7s were being replaced by new safer phones. But then reports arose that the new, “safe” phones were experiencing the same problem – battery fires.

After the second round of embarrassing and highly dangerous malfunctions, carriers quit selling the Note 7 and soon Samsung issued a statement that sales would halt completely. Samsung encouraged customers to return the phones and exchange them for something safer, but some customers chose to keep the phones despite the warnings and severity of the issues.

Eventually, authorities in the United States banned the sale of the phones and forbade passengers to bring the Note 7 onto airplanes. The FAA banned the phone for all flights. Even with these measures, 125,000 faulty Samsung Galaxy Note 7 phones were in use by customers. Finally, Samsung pushed an update to the phones that limited battery capacity and functionality. The phones turned into expensive bricks, but bricks that at least wouldn’t catch fire unexpectedly.

More than 2.5 million phones were recalled and replaced – one of the biggest recalls in consumer electronics history worldwide. Warnings on airplanes continued well into 2017, and Samsung has a long way to go to rebuild trust with customers. Customers weren’t very forgiving of the technology company that couldn’t figure out its technology not once, but twice, during a crisis.

The company tried to keep the issues quiet and manage the fallout without much in the way of an apology or a solution. Customers and shareholders weren’t thrilled and Samsung is still working itself back up to its previous position in the mobile market. Admitting failure can be scary for consumers. Companies are vulnerable when they expose a full range of customer reviews on their websites or social media accounts. The instinct is to put only positive reviews online or to cull the negative reviews so that only the best ones appear.

Buyers are savvy enough to do their own research, and when they realize that the company is deliberately hiding negative feedback, there is no reason for them to trust the company. The more reviews available to customers online, the more value they bring by presenting balanced reporting.

While trust is a cornerstone of the movement toward more transparency, there are other benefits as well for both customers and employees.

In 2013, a start-up company Buffer broke the start-up mold. It wasn’t the product or the office design that threw people for a loop. It was blatant transparency. Many start-ups are heavily cloaked in secrets and hidden metrics. Buffer, on the other hand, shares everything – right down to the salary that is paid to each of its employees and why.

Every month Buffer publishes a report available to the public that details its user base and revenues. It explains its current cash position. It discusses ongoing development. This information is available for anyone who cares to read the report. And every month you can expect an update. Easily the most interesting information released was salaries.

Suddenly we all knew who was getting paid what and why they were making that amount. The formulas used to create salaries including seniority, company role, and incentives were all included in the report. Rather than a frenzy of in-fighting and dramatics, the company saw more internal applications for open roles. Employees weren’t horrified. They didn’t quit driving when they found out what their cubicle neighbors were making. They were motivated by the numbers. They not only wanted to stay in the company, but they wanted to grow even deeper roots.

Domino’s pizza sucks. Or at least it did according to the company. Back in 2010, Domino’s Pizza did some introspective thinking and came to the startling conclusion that #ourpizzasucks. Domino’s developed the hashtag as a part of their marketing strategy for admitting failure. They chose to use transparency to seek feedback and then improve their pizza. And it worked in a big way. For decades, the Domino’s brand was based on delivery. Fresh pizza delivered in 30 minutes or less. That didn’t leave a lot of time for carefully constructed artisan pizzas and it began to show. Domino’s used the actual customer criticism and feedback in their advertisements. They told us that the “pizza was cardboard” and that it was “mass produced, boring, bland pizza.” Some even thought that “microwave pizza was far superior.”

Rather than trying to hide from the truth or trying to double-down on their current branding, Domino’s reinvented themselves publicly. This isn’t a small potato – Domino’s is the second-largest pizza chain in the world. And they put themselves out there in a big way. Domino’s understood customer feedback importance. They admitted the old recipe wasn’t a good one. They acknowledged that customers didn’t really like their food and that they were losing business in droves. They sought all of the feedback – both positive and negative – and then put it to use. Domino’s reinvented the crust, used a different sauce and improved their cheese. And it paid off. The chain, again, already the second-largest, saw a 14.5 percent increase in the first quarter of 2010 and a 16.5 percent increase in the first half of the year. Apparently, honesty really is the best policy.

Not every area of business should be open to full scrutiny. The secret recipe should probably remain secret. But there is a benefit to finding the balance. Fortunately, easing into professional transparency can have tremendous rewards and doesn’t have to include massive acts of rebranding. Companies worried about making changes to become more transparent can benefit from a few tips from those who have gone before.

Buffer shook things up when it published salaries and the formulas for calculating them. Secrets and backroom handshakes discourage employees. Open communication and clear messages inspire them. Encourage employees at every level to skip the secrets.

According to an Accenture customer survey, customers care far less about price than they do about customer service. Using a clear pricing strategy, even if your prices are higher than the competitor’s prices, shows that you care more about honesty and customer experience. Customers like this sort of thing and will pay a bit more for it.

A company can hide a lot of sins in a well-worded guarantee. Customers are increasingly savvy when it comes to shady promises that can’t be met. Explaining a guarantee and including details about what exactly consumers can expect leads to transparency and customer confidence.

Some companies are skittish about sharing all reviews. They worry about the impact of negative reviews and what they might mean to the bottom line. They are right to worry. Econsultancy found that at least 61 percent of customers read reviews before a purchase. But it’s not all bad news when negative reviews show up. Customers tend to trust companies that allow mistakes to show more. This is especially true when companies make a public effort to improve the situation and to apologize.

Toyota got a taste of humble pie when they published the Commitment ad campaign as an apology in 2010 for a massive recall for “sticky accelerator issues.” Toyota – a brand built on superior quality – took ownership of the issue, apologized, and almost nobody remembers the issue today.

Be Open about Changes in the Company

Domino’s took a tremendous risk when they publicly announced just how badly their pizza was being received by their testing groups and customers. They told us it was terrible, and then they told us how they were going to fix it. And fit it, they did!

Businesses realize quickly that customers want clarity and open communication. They are learning customer feedback importance truly matters in both the short and long term. Customers are realizing just how much power they have over companies through social media and different review websites such as Yelp, BBB, TripAdvisor, and PissedConsumer.com. Together, the two forces are leading us to an increasingly honest marketplace where not only customers enjoy openness and insights, but employees thrive in a transparent workplace.

Joanna Clark Simpson worked in marketing for over a decade. Her dedication and focus on consumer-related data have led her to the Head of Marketing position at PissedConsumer.com. Aside from helping customers be heard, she also intends to help businesses improve their relations with clients through reviews. While performing her role as a marketer, she also writes articles with tips and collaborates with the media on informative news stories. @pissedconsumer The Entrepreneur Mindset – How to Get Unstuck in Your Business Why is Social Media One of the Best Customer Service Channels?