What part of the economy actually grew last year? According to Forrester Research Inc.’s State of Retailing Online 2009 report, online retail sales grew by 18 percent in 2008, Internet Retailer reports. Although growth slowed in 2009, retailers in the survey grew 11 percent year-over year in the first quarter of this year, and 12 percent in the second quarter.

Sucharita Mulpuru, principal analyst for retail e-business at Forrester and survey author, says successful online retailers are devoting the necessary IT resources to keep up with a changing business environment, tapping into online social networking communities, and recognizing the growth of mobile commerce.

“Most retailers affirm that the Web channel is better positioned to weather the economic storm than the offline channel, with many retailers seeing the downturn as an opportunity to capture market share from weakened competitors,” says the report. Paid search was the tactic most often used to get new customers. However, many retailers are also increasing their focus on customer retention, for which they mostly use e-mail.

According to Reineke Reitsma in the Forrester Blog, the study showed retailers experimenting with new ways to engage customers, such as with podcasts and comparison chart. But sometimes, the simplest tactics paid off the best. For instance, Reitsma notes, regrouping products into new sections of a site (such as “best-selling” lists or “Customer favorite” lists), creating sale and clearance pages, or highlighting fast-moving products are all very effective tactics for generating traffic and sales.

One tool online retailers should use more, says Mulpuru, is live chat—specifically, proactive chat, where a customer’s browsing on the site triggers a chat window to open up. Just 24 percent of retailers used proactive chat, the survey showed. 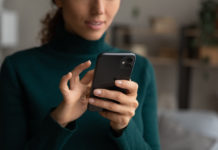 How Modern Software Can Help Your Business Thrive