What “unusual” foods will be popping up in the next year or so? The Washington Post covered this summer’s Fancy Food Show and named the 10 foods they predict will hit the big time. 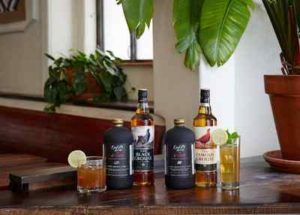 Hard tea. Tea is supposed to be soothing, right? Not anymore apparently. The Post reports specialty foods companies are making “tea [with] a new attitude. For example: Wouldn’t it be rad if tea could get you drunk?” They cite canned teas, such as Owl’s Brew, which is a sparkling malt-based tea, coming in several flavors (white tea, English breakfast or Darjeeling) with a 4.6% alcohol level.

Balls! If you frequent coffee shops, The Post says you’ve likely seen some version of these snack foods, which consist of ingredients like dates, nuts, peanut butter and coconut rolled into a ball. At the show companies featured packaged versions of balls, cubes and “bites.” The Post reporter says, “packaging is critical for this trend.” Many of the snack balls are targeted to paleo and keto dieters. Puffed snacks. If you’ve ever eaten a Cheeto (and who hasn’t?) you know puffed snack foods aren’t new. But healthier ones made of chickpeas, spinach, cauliflower, beets, quinoa, kale and Brussels sprouts are generating buzz. The Post says this year food makers are introducing burger puffs, which taste like vegan burgers.

Be sure to check out the article to get the details.

Sign up for our free TrendCast newsletter and get the hottest business trends delivered to your inbox every week!